If you visit this site regularly, or follow the TSP twitter, you’ll hopefully be aware that I try to post updates and tweet fairly regularly. Sometimes they are in the form of personal pieces such as this, sometimes they are reviews or study guides, sometimes minor news updates or small tweaks to the site itself.

If you’ve visited this site recently, however, you might have noticed that I haven’t updated it for a little while. There’s one reason for this, and one reason alone: the assignment.

I’m seeing the light at the end of the tunnel as I type this, due to the fact that my extended case study is now submitted. It was a great piece of work to take on, too. Three sections in total, each with its own word count. The first was a patient case study, with a provided patient history, two electrocardiography traces to analyse and compare, and the subsequent report and treatment pathway to complete. This was probably the most fun of the three, but also the most time consuming.

The second was a broad topic that had to be condensed into a relatively small word count. This was, without question, the most difficult of the three sections and whilst I’m confident in the content I submitted, it’ll be interesting to read my feedback and see how well I interpreted the question.

The third, a brief similar to the second section only with a much more specific topic was initially fairly free-flowing, in terms of writing, but the further I progressed through it, the further away that word count looked. What began as a torrent of information on the page, soon trickled to a halt, as I realised I had explored all of the avenues in my plan without leaving room for branching out. As a result, I had to go back through every paragraph and find some wiggle room to potentially add another facet to the discussion.

I’m being intentionally vague so as not to disclose any details of the assignment, rather I’m confirming what we all know about assignments; there are some we like, and there are some that we loathe.

If you’re currently in the midst of a large piece of work, don’t panic! Just power through. Don’t worry about your friends posting Facebook updates from the pub, don’t worry about your Christmas shopping just yet. I know it’s easier said than done, of course, but despite the fact that (technology permitting) this article has gone live at around 3pm, as I type this, it’s 4.30am. Pressing that ‘submit’ button on my coursework has sent me into a state of fatigued euphoria, and all the late nights have been worth it.

I’ll add that on top of this assignment, I also have deadlines for an Inter-professional Collaboration self-reflective essay and a presentation on cardiac technology in the same week. Next week.

Until then, it’ll be a bit quieter around here… 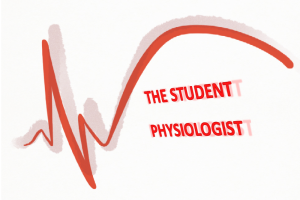 I'm a qualified clinical physiologist with a keen interest in free open access meducation (FOAMed), pacing and electrophysiology. View all posts by Christopher